The Italian Constitutional Court and Other Courts

Constitutional justice is not a uniquely Italian phenomenon. The Italian Constitutional Court, though it operates within the particular framework of the Italian Constitution, has a form and role that are similar to those of constitutional courts, tribunals and supreme courts that carry out comparable tasks in other legal systems. In addition, in its work, the Court does not overlook the experience of other countries. For some time now, the Italian Constitutional Court has developed exchange and collaboration relationships with these bodies – in particular, those of other European countries, but also with those of other parts of the world, particularly in Latin America, where Italian legal culture exerts considerable influence. The Court’s most intensive contacts are with other European constitutional courts, not only those which are similar to the Italian Consulta in terms of their history and experience (such as the German, Austrian, French, Spanish, and Portuguese courts: with regard to the latter three, the Court has formalized its relationship with a specific quadrilateral agreement which provides for annual meetings between judges and exchanges of documentation). In Europe, the Conference of European Constitutional Courts has been operating since 1970. Among its activities, it organizes a congress every three years. Recently, the XVII Congress of the Conference was held in Batumi (Georgia) on 29 June-1 July 2017, on the topic of the “Role of the Constitutional Courts in Upholding and Applying the Constitutional Principles”.
The World Conference on Constitutional Justice (WCCJ) operates on a broader level. It brings together more than 100 courts from around the world with the purpose of promoting constitutional justice and the protection of human rights, which are considered key elements of the rule of law and democracy (the IV Congress of the WCCJ was held in Vilnius on 11-14 September 2017, on the topic of “The Rule of Law and Constitutional Justice in the Modern World”.
Relations among bodies with constitutional jurisdiction are also facilitated by the work of the European Commission for Democracy Through Law, more commonly known as the Venice Commission, after the city where its headquarters are located. The Commission was set up under the aegis of the Council of Europe to promote understanding of the legal systems of European countries (especially, at first, those of the developing democracies of Eastern Europe), and to study problems that arise in the functioning of their institutions. Said Commission reserves particular attention to constitutional justice, and the Italian Constitutional Court, with over sixty years of experience, provides a valuable contribution. 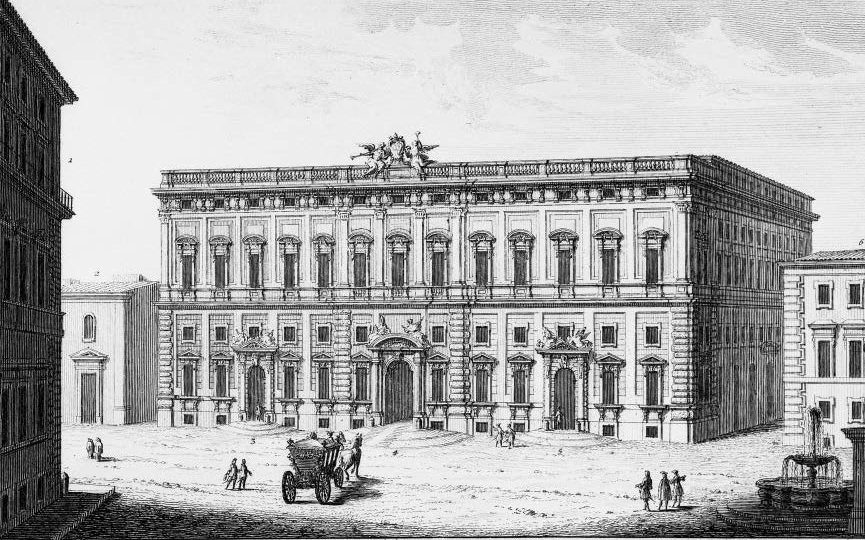 The Italian Constitutional Court maintains relationships with international courts that work in areas related to those within its own jurisdiction. One such body is the European Court of Human Rights in Strasbourg, which rules on claims by individuals that they have suffered violations of their human rights – guaranteed by the European Convention of 1950 – in individual member states (now 47 European states), which have not been effectively remedied through their national legal systems. Since the rights guaranteed by the European Convention do not differ greatly from those guaranteed by the Italian Constitution, the jurisprudence of the Court of Strasbourg and that of the Constitutional Court sometimes deal with the same problems (and the case law of the two Courts does not always agree). The basic difference is that the Italian Court deals only with laws, and decides whether they conform to the Constitution, while the Court in Strasbourg deals not with laws, but with concrete violations of rights, regardless of whether these arise from the existence of a law, the misapplication of a law, acts or omissions by national authorities, or other defects in the functioning of the national system. The European Court cannot supersede national authorities, but can only order the State to remedy the violation (if possible), or to pay damages to the injured party.
Since 2007 (Judgements No.s 348 and 349), on the basis of Article 117 of the Constitution (as amended by Constitutional Law No. 3 of 2001), the Italian Constitutional Court declares that laws that contrast with the European Convention of Human Rights, as interpreted by its Court in Strasbourg, are unconstitutional.
A privileged and fruitful relationship links the Constitutional Court and the Court of Justice of the European Union, which has its seat in Luxembourg and deals essentially with acts of the European institutions and breaches of European Union law that may have been committed by Member States.
Today, Union law and the national laws of Member States enter into contact and become intertwined to an increasingly frequent and close degree, as both the Court of Justice and national courts are asked to solve legal issues that are similar, or even identical and overlapping. The Constitutional Court, too, is increasingly called upon to solve issues that are also brought to the Court of Justice of the European Union, especially since the Charter of Fundamental Rights of the European Union (approved at Nice in 2000) assumed the same rank as the Treaties on 1 December 2009. Thus, it may happen that a judge raises a doubt as to the compatibility of an Italian law both with the Constitution and with a right protected at Union level. In these cases, the Court has recently clarified (starting from Judgment no. 269 of 2017) that it is possible to have multiple judicial remedies at both national and European levels. To facilitate coordination of the many Courts involved, the legal system envisages the valuable instrument of the “reference for a preliminary ruling”, which allows national courts, including the Constitutional Court, to enter into contact with the Court of Justice when a specific case involves both national law and Union law aspects. Recent practice shows how, through better mutual knowledge and international cooperation between Courts, it is possible to strengthen the foundations for the ideals and principles of constitutionalism – individual rights and duties, balance between the powers of the state, judicial protection – to establish themselves and to strengthen in a space that transcends national boundaries.